Regardless of whether or not you’re a fashionista, chances are you’ve at least heard of Kenneth Cole. The 61 year old fashion designer has been in the spotlight since 1982. He began with shoes, then branching off to clothing, jewelry, and even cologne. But those in the know understand finding true Kenneth Cole footwear (whether classic loafers or ladies slim calf boots) is like coming home, designer-style. Kenneth Cole Productions began in September of 1982. Like some other well-known shoe companies that started out of a van, Kenneth did the same. 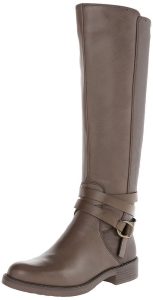 Kenneth Cole Reaction Women’s Kent Play Riding BootHe had his business logo painted on a 40 foot trailer that was strategically parked a couple blocks away from a fancy hotel. The trailer was stocked with his designer shoes. Deciding to make a full-length feature film about the birth of his shoe company, he hired a full film crew, actors and models, acquired velvet roping, red carpets, and secured police officers as doormen. In less than 3 days, Kenneth had sold over 40,000 pairs of shoes. His first store opened in 1985, but the early theatrical showmanship never wavered.

He knows how to make a statement and give the public exactly what they want: high quality footwear at a reasonable price. Today, Kenneth Cole has 6 different clothing/accessory lines ranging from super cheap to ultra luxurious; many of which can be found and accessed worldwide. He’s been listed on Forbes top 200 best small businesses 4 times. And let’s face it, fashion is art and art is beauty. So, the fact that he’s also been voted as People Magazine’s “Sexiest Businessman of the Year” is just icing on the cake. The fact that the beautiful man designs stunning shoes is the cake itself.

Women with slim calves, specifically, can benefit from his gorgeous selections, such as the Kenneth Cole Reaction Women’s Kent Play Riding Boot. While that may seem like a mouthful, it won’t matter; because once you see these boots for yourself, you’ll be speechless. This tall shaft riding boot extends 16” from the arch for a full-knee fit. Made of full-grain pebbled leather, you have 4 fun and fashionable color options to offer versatility to any wardrobe. The 14” boot circumference is perfect for skinny calves, while wide enough to fit over jeans, leggings, or thick tights with ease. Inside full length zipper and double wrapped harness strap are the only accouterments needed. Full length color-match rear goring ensures enough give to grip where and when needed. Lightly cushioned insole provides comfort as soon as you slide them on. The 1.25” stacked synthetic heel is perfect for these modern riding boots. And the rubber gripped traction sole of these slim calf boots ensures you’ll always feel as good as you look. 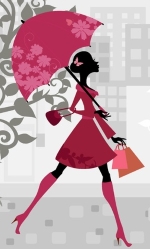 Over the Knee Boots 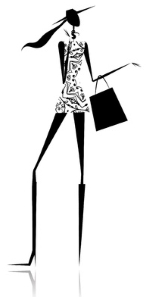 CalfHuggingBoots.com is a participant in the Amazon Associates Program, an affiliate advertising program designed to provide a means for sites to earn advertising fees by advertising and linking to Amazon.com